Call us now !
Send us an email
Find us on the map
Dr. Lorenzo Artaria
FHM in Oftalmologia e Oftalmochirurgia 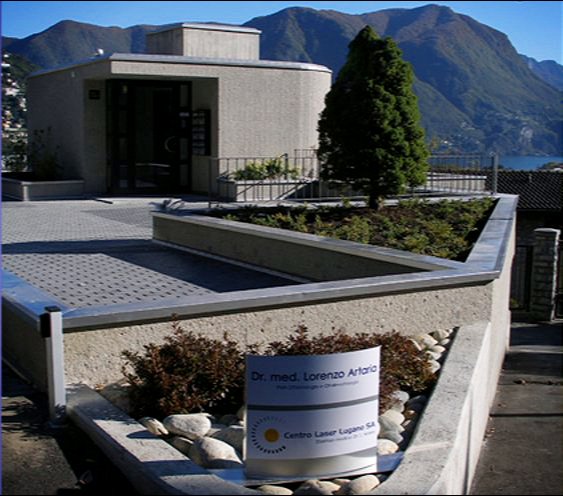 Being free-spirited, Dr. Artaria has been committed to containing healthcare costs for many years.  He introduced and promoted ambulatory ophthalmic surgery in the Canton of Ticino in 1995 contributing to substantial financial savings.  After having contributed for 10 years to rationalise ophthalmic treatment within the public hospital system, he continued the same in the private healthcare sector.

Since 2007, he offers the possibility to operate both eyes during the same operation session.  This technique reduces costs of the operation and also shortens recovery time allowing the patient to return quickly to normal activity.

His proposal for containing medical expenses in the ambulatory field includes limiting the number of obligatory treatments covered by compulsory medical insurance developing a modular system to insure every “minor” risk (for example, consultations for second and third opinions, general check-ups, every form of alternative medicine) is covered by an additional complementary insurance which is not compulsory.

Dr Artaria defends the freedom of the medical profession which should guarantee the possibility for all people who are qualified to practice their profession in compliance with a system that guarantees - in a serious and severe way - its quality. In this context, he considers it essential to develop a system for controlling the quality of care based on scientific findings and not on economic indicators such as the systems proposed by health insurers.

Cookie Policy
A cookie is a small text file that a website saves on your computer or mobile device when you visit the site. We use proprietary and third-party cookies to improve your experience and our services and analyze the use of our website. By clicking "ACCEPT" or navigating this site, you accept the placement and use of these cookies for these purposes. To learn more about our cookies, please visit our Cookie Policy
These cookies are essential so that you can move around the website and use its features. Without these cookies services you have asked for cannot be provided.
These cookies are less critical to the website function. They allow the website to remember choices you make to give you better functionality and personal features. They may also be used for measuring your visits on our sites.
×